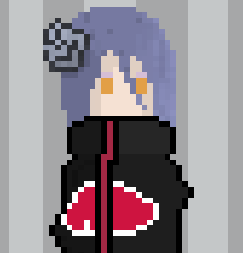 Hi everyone, long time that I’ve been off.

First of all, I want to apologize if anyone was following this blog in order to check for new posts, some life things out of my control got me off of pwning | computers, more than I liked. I’ll resume the journey with the motivation of a couple of friends <3, I really hope that this helps anyone out there.

The purpose of this blogpost is to reproduce and understand the polkit pkexec vulnerability (cve-2021-4034). Polkit is a component for controlling system privileges in unix systems. It provides an organized way for non-privileged processes to communicate with privileged ones. The main objective is to exploit an out of bounds r/w on a SUID binary: pkexec.

From the advisory, the following points are clear.

So, the first thing to understand here is how arguments works in C.

To get the source code from the respective repositry.

From the qualys blogpost, we know that the issue relies on the pkexec.c, specifically, the for loop which is for argument handling. This for loop work is to check for every argument passed to pkexec and it is as follows.

What happen if we pass an argc == 0 ? Since n starts at 1, the for loop will terminate inmediatly, that means that the n == 1. With this, the n value issue will propagate to the line 537 which is as follows.

With this in mind, by invoking the program by doing an execve syscall, we’re able to control the argv[0] to not be the program name, instead of that, we pass a null array.

To understand this argument handling, I did this tiny example which are 2 basic programs that call each other using an execve().

By compiling and running this example, is easy to notice that the envp[0] is under our control by using a execve syscall in comparision of calling the program directly from the shell.

Just after the oob read for lop, we reach the following piece of code.

From this piece of code, we have the following issues.

Nice, we can overwrite the envp[0] with an arbitrary value, but which value ?

From the QUALYS advisory.

If our PATH environment variable is “PATH=name”, and if the directory “name” exists (in the current working directory) and contains an  executable file named “value”, then a pointer to the string  “name/value” is written out-of-bounds to envp[0]

If our PATH is “PATH=name=.”, and if the directory “name=.” exists and contains an executable file named “value”, then a pointer to the  string “name=./value” is written out-of-bounds to envp[0].

The last statement sound awesome to re-introduce the GCONV_PATH malicious variable into the envp array easily, nice. But we have to care about another points which are the following:

Everything’s good, we have the GCONV_PATH environment variables back into the envp array, but, how we can force the program to call iconv() ? ez: forcing it to call g_printerr().

Now, let’s mess with the locale things. From the iconv man page, we have the following

The configuration file mentioned here is as follows.

From the header, we know that the format is as follows

Using this information, we can build our own malicious config file, that will be loaded because the GCONV_PATH will be present. With this, a malicious .so file (specified in the config) will be loaded in order to make the conversion.

The simple-evil shared object file is as follows:

Compile it with the following commands.

To test if this is working, we can use iconv with the GCONV_PATH environment variable just as follows.

In order to trigger this from inside the code, lets create the name=. directory and lets see on the debugger what is written on the envp[0] while executing it with the PATH=name=.

And the program to trigger this is as follows.

Important note: To make possible the debug of this example, it is need to run the debugger as root, since it is a SUID binary.

Nice, the mov rbx, rax instruction, is likely to be the line where the argv[n] is written again.

To summarize the vector logic.

The final exploit will be as follows

This can be found on github.

Any advice, correction or feedback will be appreciate <3 !